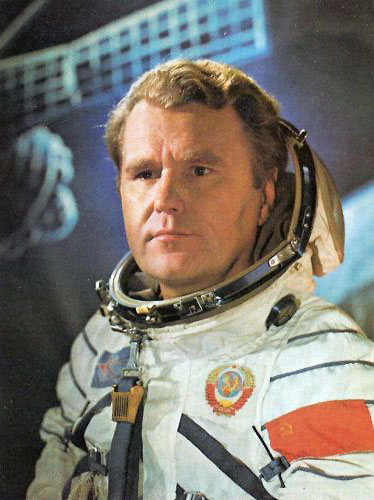 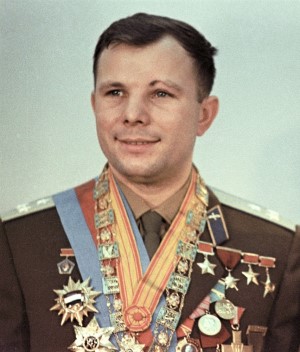 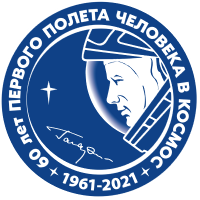 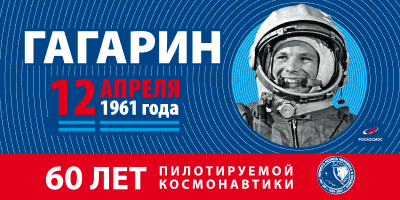 60 years have passed since the first man made space flight. Sixty years ago, on April 12, 1961, at 0900 hours Moscow time (0600 hours GMT) the Vostok spacecraft with an astronaut on board was launched from the Baikonur Cosmodrome. This cosmonaut was a citizen of the Soviet Union, pilot, Major Yuri Alekseevich Gagarin!

Before the start, Gagarin read the following statement: “Am I happy going on a space flight? Of course, I'm happy. Indeed, at all times and eras it was the highest happiness for people to participate in new discoveries. I would like to dedicate this first space flight to the people of communism - a society into which we Soviet people are already entering and into which, I am sure, all people on Earth will enter. Now there are only a few minutes left before the start. I tell you, dear friends, goodbye, as people always say to each other when they go on a long journey. How I would like to hug you all, familiar and unfamiliar, far and near! "

After the announcement of Gagarin's flight, people spontaneously took to the streets with homemade posters: "Hurray for Gagarin!", "Hurray for the world's first cosmonaut!" These were the first demonstrations in the USSR, which took place not at the behest of the party, but according to the mood of the people who had voluntarily gathered.

Gagarin's flight was the next, after the launch of the first Sputnik, a sensitive blow to the prestige of America, in the race for space that was unfolding at that time. Now a lot can be said about the fact that the Soviets risked human life for propaganda purposes. This was, of course, both risk and propaganda. But it was propaganda at its best, if we can talk about propaganda from at least some positive side. This was a propaganda of real achievements! In the end, the Americans also got involved in this propaganda race: who will be the first on the moon! To the extent that one can speak of the propaganda significance of Gagarin's flight, the first landing of Americans Armstrong and Aldrin on the Moon has been just as propaganda. Aren't the Americans risking this? Risked! And this risk was fully manifested during the Apollo 13 expedition. So, the flight of Gagarin is both a risk and propaganda, and in the main it is an achievement of Soviet scientists, designers, engineers! Gagarin's flight is an achievement of all mankind and one of the outstanding achievements of science and technology of the 20th century! 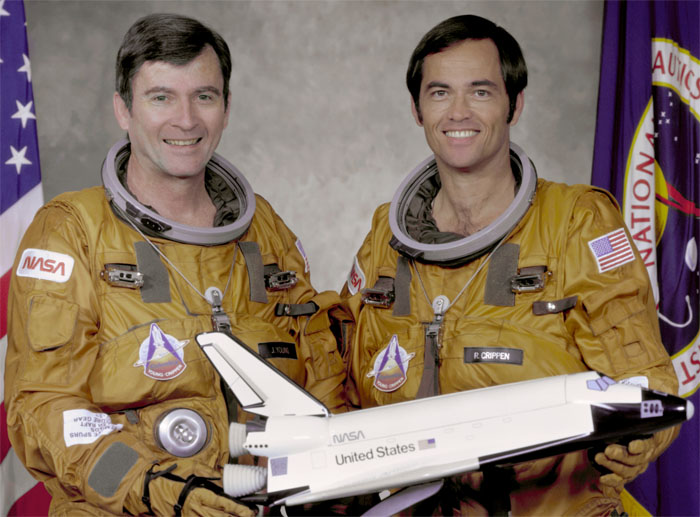 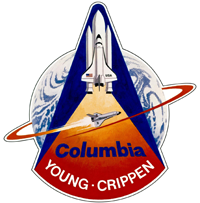 40 years ago, Space Shuttle Columbia STS-1 began a new era of human spaceflight when it lifted off from Kennedy Space Center on April 12, 1981 in Florida for the first flight of the National Space Shuttle program.

On board the Columbia were Commander John W. Young and pilot Robert Crippen. The flight was a test flight, and this was the first shuttle flight into space. Columbia launched at 7 a.m. (12:00 GMT) from Launch Pad 39A and became NASA's first crewed mission after a test project Apollo Soyuz in 1975. The launch took place at the same day, 20 years after the first human space flight, when cosmonaut Yuri Gagarin flew around the Earth on the Vostok spacecraft on April 12, 1961. Columbia completed flight on April 14, 1981, landing at Edwards Air Force Base. California after a 54-hour flight.

The purpose of the mission was to demonstrate the safe launch into orbit and the safe return of the orbiter and crew. The mission also tested the joint performance of the entire space shuttle system: an orbital vehicle, solid rocket boosters and an external tank. The payload included experimental flight instruments and instrumentation containing equipment to register temperature, pressure and acceleration levels at various points of the spacecraft.

Between the first launch in 1981 and the last landing on July 21, 2011, NASA's Space Shuttle Fleet - Columbia, Challenger, Discovery, Atlantis and Endeavor - Completed 135 missions and helped build the International Space Station. As mankind's first reusable spacecraft, the space shuttle pushed the boundaries of discovery, requiring more than just advanced technology, but also the tremendous efforts of many specialists.

Christina Koch on March 14, 2019 in the spacecraft Soyuz MS-12 set off on her first space flight. It was originally planned that the flight will last approximately half a year. For the summer of 2019, the first flights of the American commercial ships Dragon and Starliner were planned. But, Dragon and Starliner starts rescheduled up to 2020. NASA has decided to extend the time spent by American astronauts on the ISS to ensure constant the presence of American astronauts until the flights of commercial ships begin. Therefore, the flight of Christina Koch extended until February 6, 2020. According to the new schedule, Christina Koch returned to earth into the spacecraft Soyuz MS-13 along with Alexander Skvortsov and Luca Parmitano . The duration of the Christine Koch flight from March 14, 2019 to February 6, 2020 : 328 days 13 hours 58 minutes (7885 h 58 m). This is the seventh longest space flight among all astronauts . This is the second longest space flight among American astronauts after the flight of Scott Kelly - 340 days 8 hours 42 minutes. Christina Koch's Flight is the longest flight among women .

Lists of astronauts by age:

Currently, six women have flown into space five times. The first three, four and five flights were made by Shannon Lusid . Full list of women astronauts and astronauts who committed